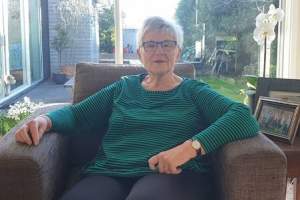 We all need a break sometimes. Whether it’s a holiday, a weekend away, or even just time out in our day enjoying something we love to do.
But for some, life is a constant battle fighting small fires, with no time to step back to relax and recuperate.

For Mary, anxiety and depression, an abusive relationship that ended in a messy divorce, years spent living overseas with no family support, and raising a child with Asperger’s alone, left her feeling overwhelmed and struggling to cope with day-to-day life.
“I had no energy. I was physically, mentally and emotionally run down. I just didn’t seem to cope well with stress, then something else would happen, even if it was something as simple as going to the dentist – it was just something I couldn’t cope with on top of everything else. I was really struggling,” says Mary.
After attending a seminar on Asperger’s Syndrome, Mary helped set up a support group to help other families with children on the spectrum.
It was while working in this space that she discovered something that would change her life and the lives of the mums she supported.
That something was Life a Plenty, a charity that runs therapeutic retreats for women experiencing emotional and psychological distress to the point of burnout, who are without the financial means to access such support for themselves.
“I had heard about these retreats and thought I must find out about them. So I nominated one of our mums to attend,” says Mary.
“It was during the referral process that one of the facilitators, Barbara, suggested a retreat might be just what I needed too. She had heard about my story and could see the immense value I would get out of it.
“I thought, wow, this is such a great opportunity. I got the referral from my doctor, and soon enough, I was organising my life so that I could get away for the five days.”
When Mary arrived at the retreat, she says it was like going to heaven.
“When I drove down there, the whole valley was covered in mist. It was like I was leaving my whole life and world behind, with all those challenges and stresses, and going to heaven. The mist stayed the whole time I was there – it was almost kind of spiritual.
“The best part of the retreat was having time to yourself; time to relax, time to learn and time to reflect. Even the name on the door to my room was ‘Fullness of Peace’.
“Once we got settled into our relaxation time and the workshops, that’s when things really started to shift for me.”
The five-day retreat runs six times a year for a small group of eight women to attend from across Tauranga and the wider Bay of Plenty. The women generally have high-needs dependents, and referrals come through health and social sector professionals.
Each retreat is free to participants with all meals provided, alongside plenty of relaxation time.
Participants are able to attend daily workshops in order to learn simple relaxation exercises, coping with anxiety, stress management techniques, establishing boundaries, understanding grief, self-compassion and problem-solving strategies to effectively manage life challenges.
“Each day we did these workshops with therapeutic facilitators and/or counsellor. We learnt about all sorts of things, but it was also a time where we opened up and were vulnerable with each other,” says Mary.
“Everyone had a different story. The women had been through all sorts of trauma in their life; some had lost children, some had children with disabilities. We learnt from each other that we weren’t alone in this. We went through this life-changing experience together.”
Before Mary went on the retreat, her dad’s health had been heading downhill.
“He was almost 90 and had several health issues, but it was the onset of dementia that was so sad to see. I had been preparing myself, thinking sooner or later my dad is going to die. I’d think, how am I going to cope with that? I don’t even do funerals.
“At the retreat, we did a workshop on grief. The counsellors explained that just as you can have a good life, you can have a good death, which makes it so much easier to cope with the grief. So I went away and processed it. A few months after that retreat, my dad passed away, and I coped really well, I surprised myself.
“I organised the whole funeral – it was a great celebration of his life which he wanted. 250 people turned up, and although I’m quite shy, I spoke at his funeral. People were coming up to us afterwards and saying it was the best funeral they’d ever been to. I know he would have been proud.
“I didn’t crash and didn’t end up with depression. I bumped into Barbara later and said we gave my dad a ‘Good Death’ and that I coped so well thanks to that workshop. I think that’s huge.” 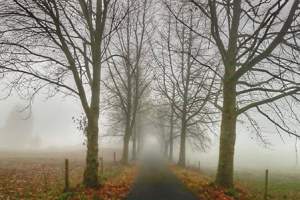 Learning to deal with grief wasn’t the only thing Mary took away from the retreat. She also learnt how to look out for herself first and say no when needed and brought strategies back home that she could share with families through her Asperger’s support group.
“It’s completely changed the way I deal with things. They gave us strategies to cope better. The big thing was learning to stand back from the cliff, to not live your life on the edge of the cliff.
“If you have enough support and strategies so that you’re standing back from the cliff, yes stressful things will still happen, and there will still be challenges, but you have that buffer, so you don’t fall off the cliff.
“I can now also support families better through the Asperger’s support group. Some of the mums are really overwhelmed – they might have a child that is suicidal, things like that, and when I mention there is a retreat, it gives them hope.”

For Barbara Hill, Life a Plenty Charitable Trust Retreat Facilitator and Trustee, Mary’s transformative story is all too familiar.
“Women come out of the retreat with a complete shift in perspective. What we are doing is pulling eight women together with a chance to reflect on their lives and hear each other’s stories.
“We take women from a range of ethnicities, ages, and backgrounds – whether they have a husband with Alzheimer’s, a child with ADHD, or they are caring for sick parents. When we mix up the dynamic, it allows women to actually recognise that most people have got some issue in their lives.
“Our idea is to take them away for five days, four nights, and allow them oodles of rest and workshops that will give them a toolbox of strategies. The immeasurable value and benefit the retreats provide is the positive ripple effect on the women attending, their health and wellbeing, their tamariki/children, their relationships, their whanau/families and in turn, their entire community.”
Barbara notes that the charity is normally selecting from about three to four people per place available on the retreat.
“It means we are turning a lot of people down and holding them for another retreat. We are getting more applications than usual for these spaces. And we are noticing a higher level of anxiety since Covid, around housing, food, ability to pay bills and support themselves.”
Life a Plenty Charitable Trust received TECT funding for the first time this year of $15,000 to support a part-time administrative role.
Barbara says with referrals increasing by about 25 per cent compared to last year and with many of their team volunteering time beyond the scope of their roles, the new administrator will help free them up to focus on their work.
“We were thrilled to bits when we got the funding. Not only will a dedicated administrator mean we can be more efficient, but there’s another part – somebody has looked at what we are doing and has validated that it is good.
“It has helped to firm us in what we believe is a good thing to be doing. To get that backing from TECT means a lot.”